Salutations to them, in whom reside these immaculate qualities: Longing to be in the company of the Wise, delight in the merits and virtues of others, humility towards one’s teacher, diligence in pursuit of knowledge and wisdom, satisfaction in one’s own wife, fear of reproach from the people, intense devotion to the Lord, power of self-control, non-indulgence in the company of wicked people.

All beings created by the creator have certain features in common. They eat, sleep, excrete, and procreate. Human beings alone have been gifted with the additional power to analyze and change nature. Human mind and intelligence are to be used to discriminate between what is supremely good and what is bad. Using these faculties, human beings should introspect upon the values and qualities which one must acquire to lead a noble and fulfilling life.

Although people follow some eternal values like truth, love, sympathy etc. in general, one becomes venerable when he exemplifies some qualities which everybody adores and appreciates. These qualities represent the strength of personality of such noble men.

In this shloka, the poet enlists a few virtues and says he prostrates before such men who possess these pure resplendent qualities. The first of the listed noble virtues is an aspiration to be in the company of the Wise.

In the company of a wise person who is an embodiment of noble virtues, watching his mind and behavior in various situations, one is spontaneously inspired to imbibe those excellent qualities. Even the yearning for virtues gets deepened and strengthened in the association of the Wise.

Generally, one is not able to be whole-heartedly happy seeing others’ good qualities and excellences. Very often he feels jealous or depressed. A noble virtue is to delight in and appreciate even a little good quality in others. The mind then transcends its constrictions and becomes expanded.

Humility is another noble virtue, especially, humility towards the teacher or the spiritual Guru. Only when one is humble, he will be able to receive, learn, and assimilate the knowledge bestowed by the teacher. Adorned with humility, one must seek the company of wise teachers and be enriched by the resplendent qualities the teacher embodies.

Fondness for knowledge, assiduous application in learning, is another great quality. Knowledge is considered to be the greatest treasure in human life. An ignorant man suffers a lot. Throughout life, one must be dedicated to acquiring knowledge. The very rare ones who have this trait are the noble souls whom all salute.

A great quality of a noble man is to be fond of and satisfied with his own wife, and not to be indulging in fond relationship with other women. Lack of contentment and greed spoil all other good qualities of a man. Equally, he should always be careful about what others in the society think and speak about his behavior. A noble man would never like to receive reproaches from the society. He honors the dictum of the society and adheres to the observances and disciplines put forward by the social structure.

This one-pointed devotion also empowers him with great self-restraint. Because of love and devotion to the supreme Lord, he is able to sublimate all ignoble qualities. And, by dint of the control over his own self, he is able to keep away from the association of evil-minded people. As he is ever- ready to be instructed by the noble teachers, so he is ever ready not to be influenced by the wicked people.

These are the immaculate virtues that a noble man naturally has. He becomes different from others. And everybody salutes him in respect and adoration.

When we chant this shloka, we must look into our mind and detect the ignoble qualities to be removed from our personality. The chanting will generate great respect for the venerable qualities. We would feel like acquiring the noble virtues in ample measure. 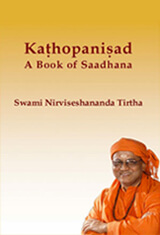 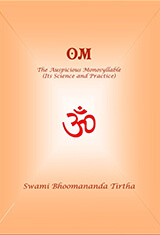 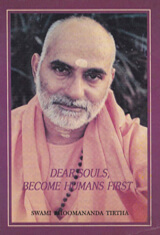 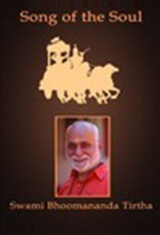